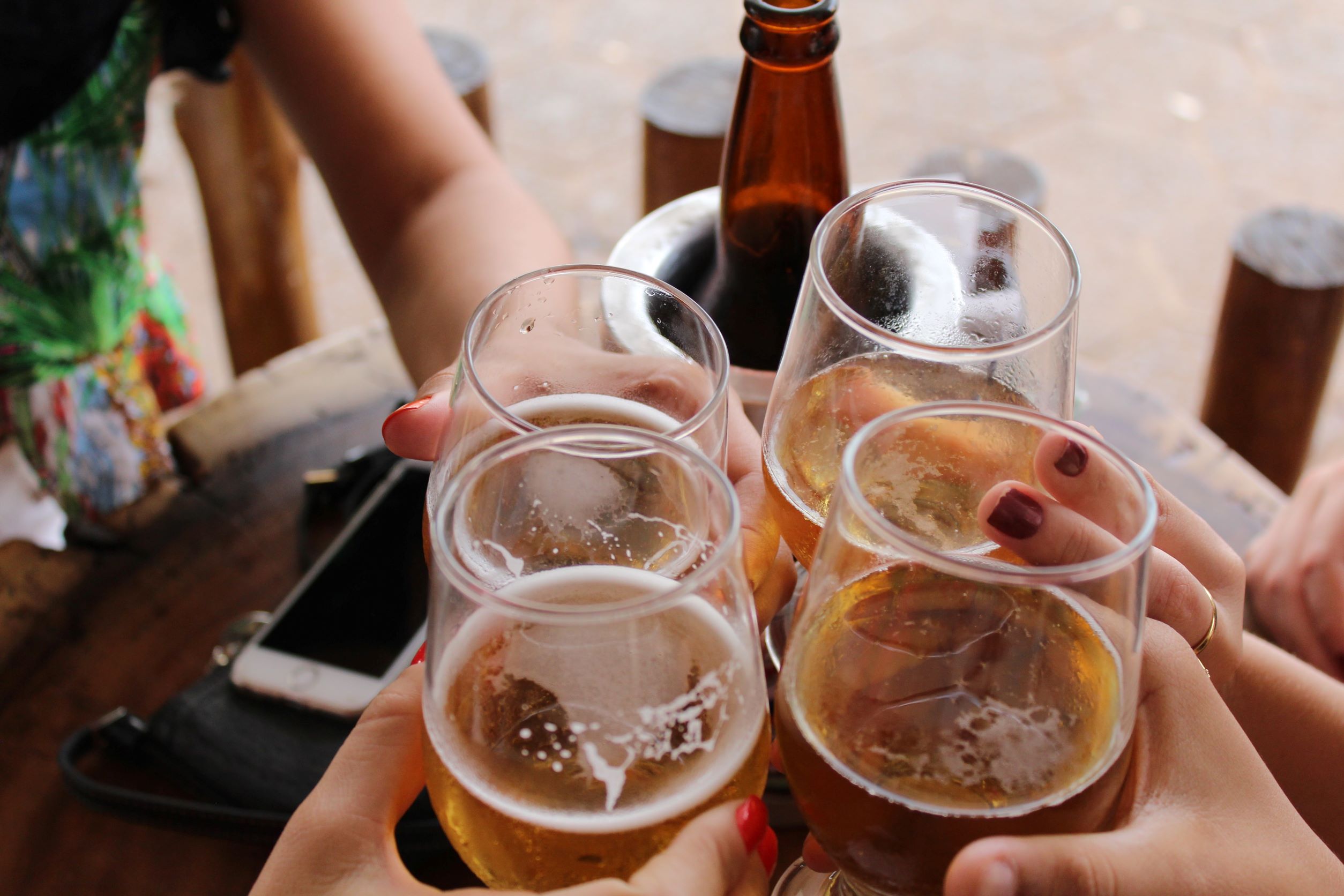 This is a story about people and community. And like many good stories, this one starts over a beer or two.

Located 90 minutes north-east of Toronto,Fenelon Falls Brewing Companyruns parallel to Lock 34 on the Trent Sever Waterway—the gateway between Cameron Lake to the west and Sturgeon Lake to the east.

Often referred to as the Jewel of the Kawarthas, Fenelon Falls is a popular and bustling destination for boaters, cottagers, shoppers, foodies, and day trippers alike.

Originally a livery stable built as part of the McArthur House Hotel in the 1880s, the landmark building would become a blacksmith shop in the 1950s and 60s, before being reimagined decades later as a regional destination brewery that offers a spacious and scenic space wrapped around 50-feet of windows overlooking Lock 34 and Cameron Lake.

The vision for the brewery was years in the making with two things remaining consistent throughout the process: a love for the surrounding environment and a desire to give back to the local community.

在Fenelon Falls Brewing Co.的设计和建设过程中，2019年，啤酒厂带来了Econseto utilize its BrüClean system to treat wastewater onsite and reduce the burden on the community.

“Onsite wastewater treatment helps us to manage our processes responsibly in an environmentally friendly way, allowing us to continuously grow our brewery without negatively impacting our local environment,” said Gibson.

It was a chance meeting in the fall of 2019 with then Fenelon Falls Brewing Co., General Manager Mathew Renda and Kawartha Conservation Marketing and Communications Specialist John Chambers that led to a partnership to take the brewery’s support for the environment one step further.

Established in 1979, Kawartha Conservation is a partnership of watershed municipalities that balance environmental capacity and human need.

The Kawartha Conservation watershed is 2,563 square kilometers in size and has a unique landscape that holds wetlands, and long meandering rivers that flow to and from lakes along the Trent Severn Waterway. Agriculture thrives on rich soils and clean water, picturesque rural communities dot the landscape, and conservation and natural areas protect significant natural heritage.

By managing natural resource features that are essential for sustaining water quality and quantity through watershed planning, stewardship, environmental monitoring, and research, as well as management of conservation and natural areas, Kawartha Conservation works to protect and conserve the watershed environment.

Celebrated as the ‘official’ unofficial beer of summer in the Kawarthas, the partnership launched in April of 2020 and ran until Thanksgiving weekend to coincide with the Trent Severn Waterway season.

“Renewing the partnership for 2021 was an easy choice,” said Kawartha Conservation CAO Mark Majchrowski. “The public response to the Kawartha Summer Ale was tremendous and the cans, proudly displaying our logo and the intent of the collaboration on the labels, put our work and focus front and centre for a huge new audience.

“What we realized and what became quickly apparent is that supporting business and the environment are not mutually exclusive,” said Majchrowski. “In many respects we both want the same things.”

The partnership has resulted in a big win for the environment said Kristie Virgoe, director of stewardship and conservation lands at Kawartha Conservation.

Letham said pro-active partnerships that support both the business and environmental needs of the broader watershed community are what drive success for everyone.

“This partnership has helped to strengthen our communities and helped to support our environment,” said Letham. “This is a really important story that demonstrates we aren’t operating in silos, though it might seem like it sometimes. The work we’re all doing and trying to do is connected. When people visit our communities, our businesses are successful. When we protect and support our lakes and rivers and conservation areas, we make them destinations for people.

For the brewery, seeing the success of its business and the positive impact it has already had on the community is both rewarding and motivating.

”commun Kawartha夏季啤酒共鸣ity and visitors and seeing first-hand the positive impact it is having our environment and conservation efforts locally through tree planting makes this a win-win for everyone,” added Majchrowski.

Plans are already underway to further expand and grow the partnership in 2022.

吉布森说：“我很兴奋，我们可以与川塔拉保护能力实现的潜力。”“We’re looking at a lot of different ideas and opportunities for this year, but what I do know is that working together we can definitely do a lot of good for our environment, for our communities and for our business community, and I think that’s really exciting for everyone.”

John Chambers is the marketing and communications specialist at Kawartha Conservation

Alberta issues new guidelines for dealing with wastewater and stormwater

ABOUT US
Thousands of readers turn to Water Canada for exclusive, insightful content that speaks to Canada’s water expertise, connects the country’s decision-makers, and promotes better water management and stewardship of our most important natural resource.
跟着我们
© Copyright 2022 Water Canada |